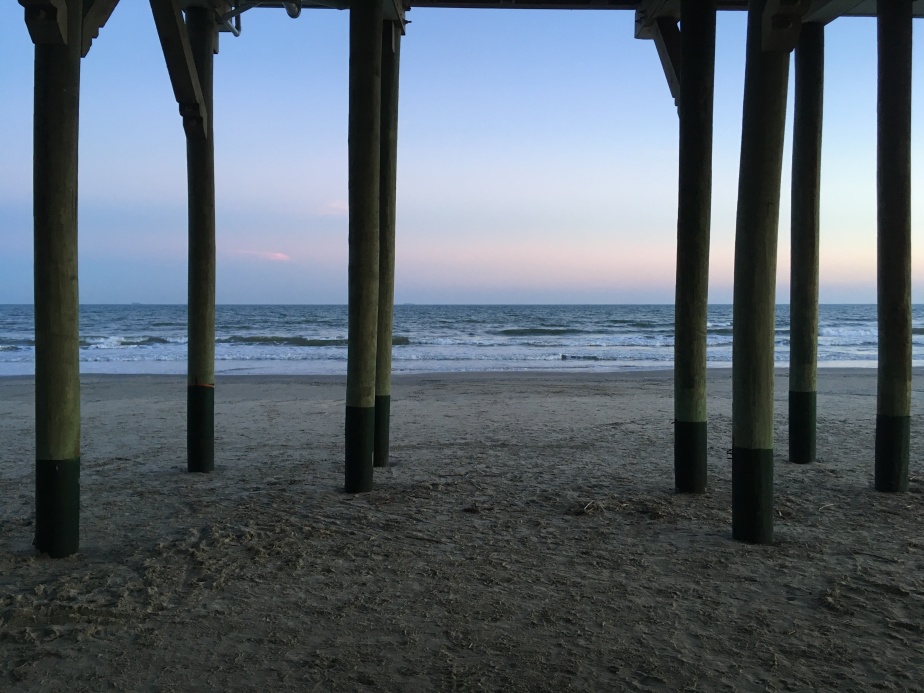 This afternoon, I headed down to Galveston to visit my cousin.  We had discussed meeting at Dickens on the Strand, but I didn’t have a costume, and I was too far behind schedule for that really to work.  However, we could still hang out when she finished at the little festival.  Plus, I felt that I could really use some time in Galveston, and preferably some time on the beach.

I arrived about two hours before sunset, and as much time before my cousin would be finishing, so I headed straight for the beach.  We made these advent calendars for one another, with a tea for each day, as well as a quote/bible verse and a sort of task for the day.  My tea yesterday was spectacular, but today’s flavor was not to my liking.  However, the task for today was fabulous.  It read, “Learn a Christmas song on a string instrument”.  And so, seeing as I had a phone for the research and a ukulele in my trunk, instead of reading my book, I headed down to the sunny sand to play some ukulele.

While playing, people passed by, going about their business.  Some just walking in light jackets, others exercising with the dog, and one family had three little boys sprinting into the edge of the water, playing.  After a while, it started getting quite cool, thanks to the wind and the setting sun.  My fingers began to struggle against stiffness.  As I paused to warm them (I think that’s what it was, anyway), I glanced out to my left.  The rising moon was spectacular.  I had noticed it big and sneaky a while before, hiding behind the haze so close to Earth’s surface, but now it was beginning to glow.

And what was just under the now-glowing moon, but the three frolicking boys, looking quite adorable.  The scene was set, and I had to take a photo. 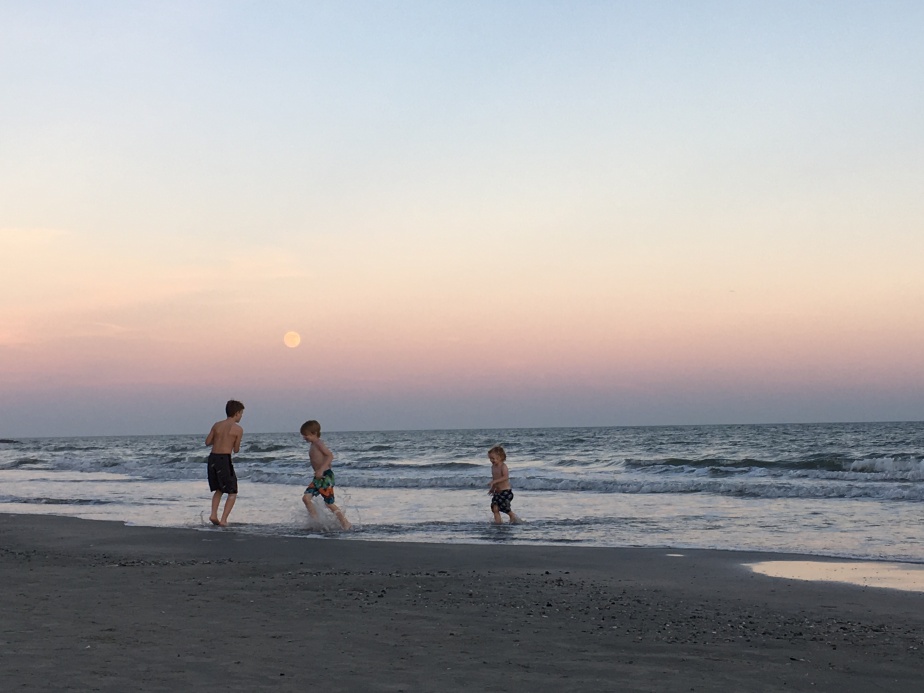 Unfortunately, they were just far enough away that I needed to zoom, if I wanted to have the photo focus on what I was naturally focusing…, and the zoom is not so great on a phone.

So, I made another essay, and went for a different perspective.  To get it to be perfectly straight, I would have had to get down on my belly and align it, and that just felt a little too conspicuous.

Nonetheless, after I took the photos, I really enjoyed them.  I knew that I would have loved for someone to take an awesome shot of me and then actually give it to me.  So, I checked out the parents to see if they seemed at all of similar minds to mine.

And they did.  They looked young and open to things.  They even were taking photos of the kids and of themselves on their own phones, so they were likely to understand the value of a good photo.  Or, a neat one, anyway.

I figured I might as well go for it, so I set my stuff carefully to the side, and stood on up.  I approached them comfortably and confidently and in my best ‘I am a sane person, please don’t freak out,’ manner.  They gave me odd looks when I mentioned how this might be a bit odd, – wouldn’t you, if a stranger walked up and started saying something like that? – but their brows cleared and they were all about it, when I showed them the photos I’d taken.  The mom asked me if I could send them to her, if she gave me her number.*  Of course, of course… And so, I sent them to her, and she was incredibly grateful.  They had been seeing about doing a Christmas card, using their beach photos they were taking then, so they completely understood fun and neat photos, and they were not at all weirded out.  phew 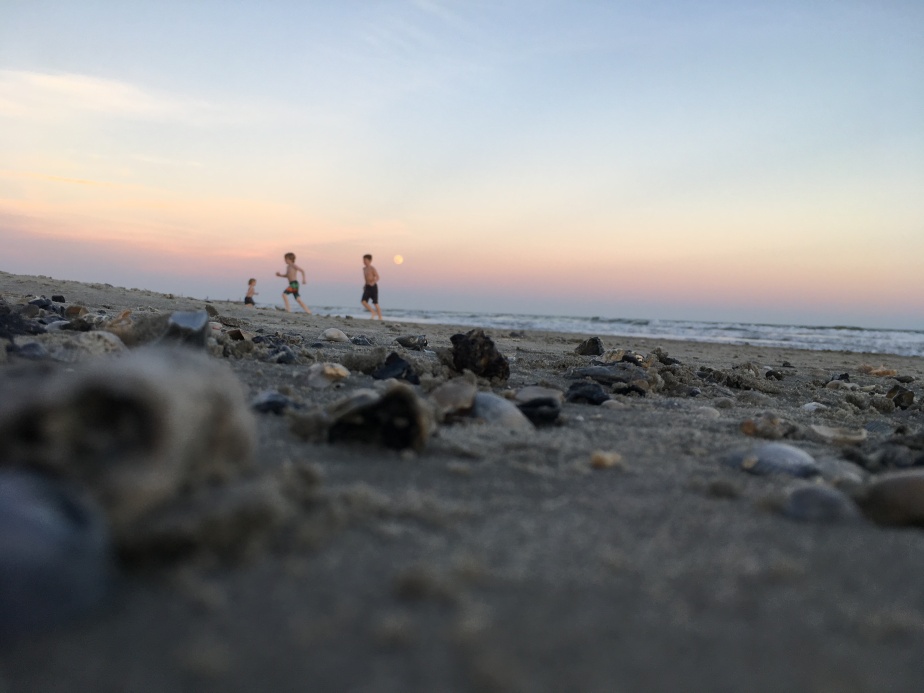 And so, I went back to my ukulele for a little bit longer, until the sun was almost hidden, and the wind was too chilly, and I headed back to the car and over to my cousin’s house to wait for her there.

As I ast on the beach, and then again after I was back in my car, I contemplated the experience of being on a beach.  I hadn’t gone into the water, and I hadn’t even touched the sand, really – just to wipe off the bottom of my bag afterward.  What was beautiful and almost magical about it, though, was the wind and the air and salt, the feeling of it all on my skin, and the view.  I love the feeling of my hair after time at the beach (not to touch, but the feeling from within), that salty, windblown feeling.  I had that today, and it was truly refreshing.  And it had me wonder, if I didn’t want to give a brief time living there.  I at least need to go down there, just to hang around the wind and the ocean more often than I have done lately.  At least once a month, if not once a week or every two weeks… that would be brilliant…

Anyway, that’s what I’ve got to share for now.  Sweet dreams, world (and good afternoon and evening to the other side of it)!

*I chuckled inside at this when she asked.  Let’s be real, why else would I have been showing her the photos?  ‘No, you can’t have them.  I just wanted to show you these awesome photos I took of your children, and then leave you to wonder if there’s something wrong with me.’