I am bursting at the seams with joy and delight tonight!

Remember just the other week, how I kept running into 渡辺 謙 (Ken Watanabe) things all over the place?

Remember how one of them was that quick-change from the Tony Awards, and how it made me really wish I could see that performance of his, in “The King and I”, even though it ended, like, over a year ago?

Believe it or not, due to a reason I know not, that production is, for two nights only, being shown in select movie theaters here in the USA.

Obviously, I (re)arranged everything, and I attended tonight’s showing of the performance.

It was spectacular, and almost even better than an actual live theater performance, because everyone and everything was so much bigger and easier to see, up there on the big screen. 😛

And, let’s be real here, I hadn’t seen the show since I was itty bitty, so I totally balled my eyes out at the end…

Also, the curtain call always makes a show feel complete – this one was no excuse – and I think that’s what’s missing from regular films, is a curtain call… a tiny nudge back to real life after the show, and a chance to show one’s extreme appreciation for the performance just given.

Plus, clapping and cheering and hollering, with a glint of tears in the eyes, is a totally fun way to end the event.

Anyway, thanks, whoever you are, who decided to show this performance for me tonight – miniature dream just came true! Woohoo! 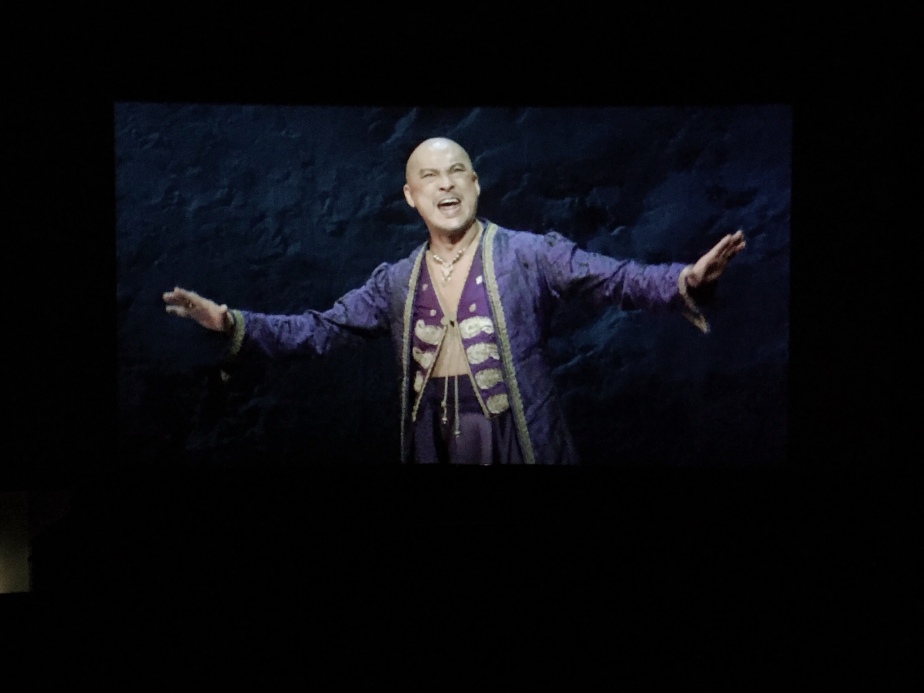