I did another set of progress photos today to coincide with the body electrode measuring scan I did this evening. On January 11th, I began a good rehab and fitness challenge with my gym. I had an electrode scan that week, too. The challenge ended after three weeks, and included required progress photos.

At that three-week mark, I was not delighted with my photos; not in the least. I barely even saw a difference in the photos, despite the fact that I had verified differences in how my clothes fit and how certain parts of my body felt and looked firsthand. A friend of mine reminded me that women tend to take longer for things to change visually, like in a photo, when compared to men. (Ah, yes, I recall the men’s photos from the start of at-home workouts for COVID-19, and the month-in photos… super unfair.)

Anyway, so I determined to keep at it for st least another two sets of three weeks, and see what could happen then. Today, I am at that nine-week completion mark. I did photos every three weeks, and compared them to one another. By the sixth week, I definitely noticed a difference from the start of the photos, and it was even more so noticeable today. (Keep in mind that I was already rather active before the challenge, though not in near as great shape as I had been pre-COVID-19. So, I wasn’t starting from sedentary or from eating total crap, but I definitely was not as active as pre-COVID-19 [or now] and was rainy a lot of stuff that wasn’t good for me in various ways.)

Put in the right workout outfit, I look amazing right now, even to my own eyes. I watched this little clip someone took of me last week over and over and over again, it was difficult for me to grasp that I actually looked so good as I did. And it was awesome.

Today, in my old shorts (that I now have to roll twice to keep from falling off of me) and new bra, as in all the photos (though I grabbed the wrong green ones by mistake, it might have been a good thing in the long run), I did the fourth set of photos and was grateful. Though everything was out in the open, I can truly see an awesome improvement from January. From the electrode dats tonight, I have numbers to back it up.

My weight went down a pound. My muscle weight – the number of pounds of muscle in my body – went from 46.5lbs to almost 51lbs, increasing three pounds. (That means that I released roughly four pounds of fat.) And my body fat percentage went from 18.5% to 17.5%, down a whole percentage point. Several other things improved, too, but I do not remember their particular numbers.

All of that was in nine weeks. Sounds pretty cool to me, but it also feels Really cool and Really good, and I am extremely grateful for the progress and my ability to make it.

I’m conclusion, wow. Here are some photos, in case you care to compare them. 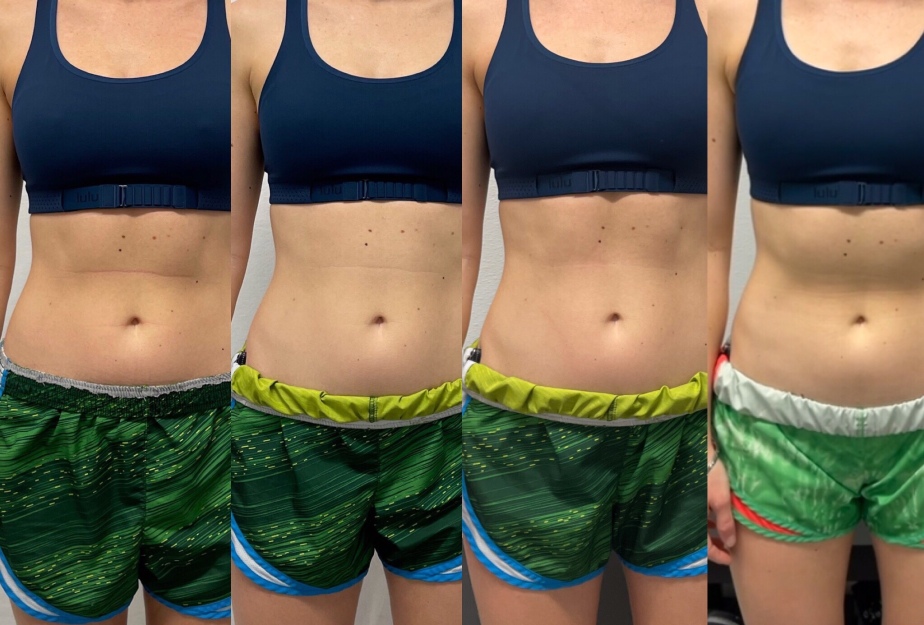 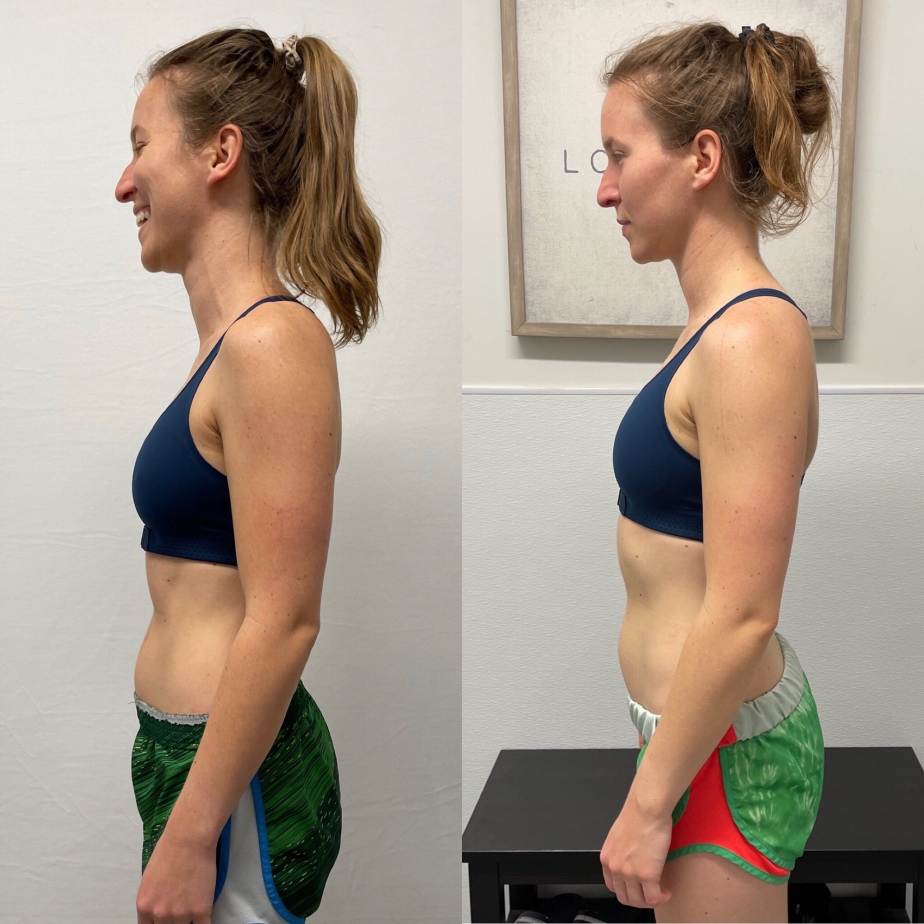 ^Had I think about it still