I really enjoyed it, and it made me want to do loads and loads more, and kind of right now.

Something about painting feels addicting – the everything about it, really – and I love it.

My mom was attending a workshop demonstration, and I went to watch and learn the technique, but there were extra spots available, so I even got to participate.

Then, I took home our leftover paint bits, and used them as the first part of the bedsheet I am painting with mixed splatterings of color for a photography backdrop.

On that note, my mom has figured out what to get to make my frame (because I did my measurements this morning) for a backdrop in my sort of pop-up photography studio.

I told her that I want to do photos either next week or the week after, so we need to kick things into gear two or three at this point, and we have.

So, she’s getting the frame stuff hopefully tomorrow.

I’ve asked the model for her schedule in general and on the desired week.

And I even made a Facebook page for my photography, in addition to the Instagram page I already have for it.

I don’t love the Facebook page yet, but it exists and it isn’t bad… shown here.

All of this has arisen out of a visit with a good friend of mine last night at the party.

It lights me up, and I had forgotten that, so I am extremely grateful to our conversations last night. ❤

(Although, I dare say I am not yet convinced of her other ideas and recommendations regarding my [non]dating life and my next steps… we’ll have to see on that one…) 😛

On a separate note, I lived a short time in a little town in southern Germany several years ago.

I was looking up someone this morning who lives there, checking out his company for which he had given me a card at one point, and which I crossed today.

Tonight, as I see the Instagram story of an old student, I see a photo that looks crazy-familiar to me… I click to see the video that is freeze-framed, and recognize the place even more still… I feel like I know not just the town but the little park area where this video is taking place…

I check, and the location is the right little city – hoorah!… I’m a genius, as we all know!

I then go check some photos of mine and – duh du-du duhhhh – it is exACTly the spot I was thinking…. I even have photos of the same buildings. 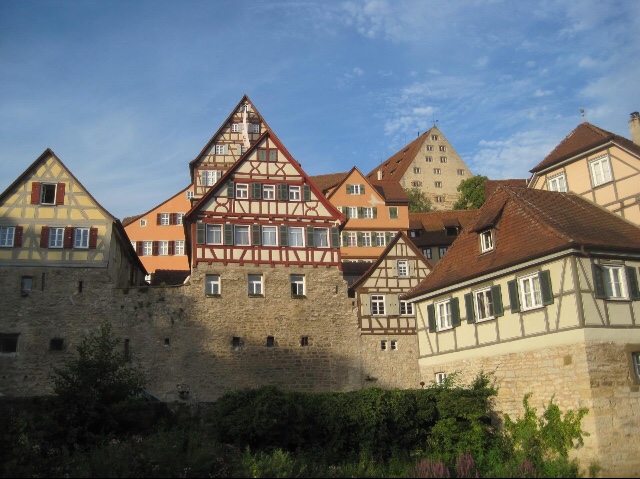 I remember once talking with a pair of people who were recent visitors of Rome, and one shows the other a photo in front of Trevi Fountain, at which point the other pulls out his phone to show the same lady in the background of his photo as who was in her photo – they had been there at the same time, and had the same woman in the background of their photos from different angles.

They, of course, hadn’t known each other at the time, and so wouldn’t have noticed to greet one another, and therefore did not notice one another.

One other thing I want to note about conversations from last night:

When discussing the whole recent conversations with a girlfriend and guy regarding physical comfort and confidence (see here), I was mentioning how the guy had said that I needed to worry less about what other people think, as part of sharing the conversation.

At this point, however, a friend across the room cut in, “Okay, wo-wo-wo-woah…. someone said You need to stop caring so much about what people think??…..”

“Mmhmm,” I start to reply, but she continues over me, addressing me and the room at large.

“Does he know you, like, at all??… I don’t think I know anyone who cares less about what other people think than Hannah…”

The other friends in the room give their agreement confidently, and we all begin popcorning smiles and laughter around the room as people give further comments and repeat what the guy had told me, amazed.

I hadn’t thought much about it, but I definitely see her point – I really don’t care much about what other people think of me.

I do care, but only so much, and that ‘so much’ is a whole lot less than the average person’s level of concern for what other people think of him/her.

For the most part, I worry only in the situations that could directly affect me, like avoiding doing something that would have my boss/superiors wanting to fire me, or something like that…. and my only other sensitive area is specifically making sure my body doesn’t come across as displaying the message, ‘Do me now, oh, baby, oh, baby.’

Because, unfortunately, that one can result in actually dangerous situations…, so as I’ve mentioned before, I care about my own safety, and therefore will care accordingly about how people perceive me…

Otherwise, though, it’s laughable how often I do things that most people would avoid for fear of what others might think.

I am off to sleep for an early, early rising tomorrow.

Sweet dreams unto you.